The DfE have reinforced the need “to create and enforce a clear and rigorous expectation on all schools to promote the fundamental British values of democracy, the rule of law, individual liberty and mutual respect and tolerance of those with different faiths and beliefs.”

At Darrick Wood Junior School, British Values sit alongside and mirror our school values, permeating all curriculum subjects and underpinning everything we do from the perspective of universal, positive human values. This encourages reflective and aspirational attributes and attitudes, which can be nurtured to help our pupils become the very best of themselves, which then enables them to act as responsible, humane citizens. Such future citizens are more likely to contribute to a national democratic culture, which is reinforced by the value of trust and strengthened by values such as respect, tolerance, fairness and cooperation.

Below are some examples of how we have adopted and embedded these values.

Being Part of Britain

A challenging curriculum encourages pupils to reflect upon their role in a diverse society.

religion can promote and include elements such as neighbourliness and charity, prejudice, poverty and religion and equality.

For example, each year pupils have the opportunity to design costumes, create music, choreograph dance routines and taste food as part of the DWJS carnival

these time-honoured stories to life.

and Walter Tull. Year 5 study the Factories and Education Acts in their Victorian topic, Year 6 write in role as Walter Tull (the first black officer to lead

​       white British soldiers in battle) and Year 3 consider how invaders and settlers have shaped Britain.

Throughout the year we celebrate being part of Britain. This includes recognising and celebrating events such as Christmas, Harvest and Remembrance Day. We also plan for and take part in key British events such as the Olympics in 2012, the Diamond Jubilee in 2013 and Queen Elizabeth II becoming Britain's longest-serving monarch. For such events we hold tea parties, music concerts, special assemblies and plan additional learning about how such events relate to being British.

We also promote a sense of Britishness by fostering a commitment to charities. The School Council regularly liaise with staff and PTA over charitable events. This includes fundraising days for Children in Need and awareness events for charities such as the Children’s Hemiplegia and Stroke Association.

All members of the Darrick Wood community have the right to be heard (Article 12 UN Convention on the Rights of the Child) and it is our responsibility to allow this to happen. As a Rights Respecting School, we teach our pupils how to make their needs and wishes heard in a way that society and school life finds acceptable. This is taught explicitly in PSHEC and circle time lessons, but also through enrichment opportunities such as School Journey. Pupils have the opportunity to have their voices heard through our School Council, pupil questionnaires and meetings with the governors. The elections of the School Council members are based solely on pupil votes, reflecting our British electoral system and demonstrating democracy in action.

The importance of laws and rules, whether they are those that govern the class, the school or the country, are consistently reinforced throughout the school day.

Within school, pupils are actively encouraged to make choices, through the provision of a safe environment, staff with whom they have a positive and supportive relationship and boundaries that are secure. Pupils are encouraged to know, understand and exercise their rights (RRS) and are advised on how to exercise these safely, but also their responsibility to consider how making their choice will impact on themselves and others in the immediate and long term future.

This may be via:

Part of our aim for every child is to develop a healthy respect for themselves, to build self-esteem, self-worth and confidence as a learner. This is our core purpose and is threaded through teaching and learning, behaviour and safeguarding policies.

Respect and tolerance are also promoted through:

Celebration of the rich breadth of talent present at DWJS.​ 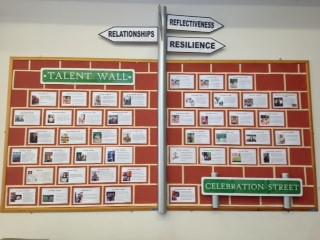 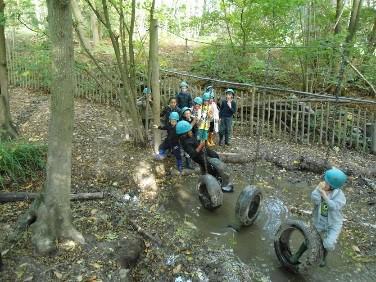 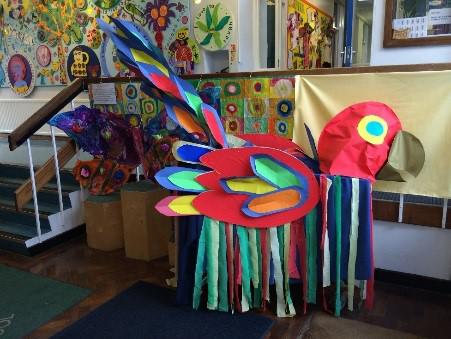